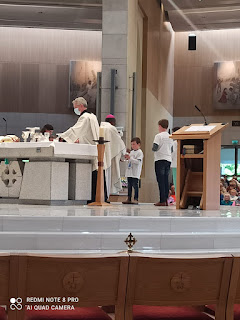 On June 4, the Children’s Rosary was blessed to be involved with the All-Ireland Rosary Rally in Knock Eucharistic and Marian Shrine, Co. Mayo, Ireland. 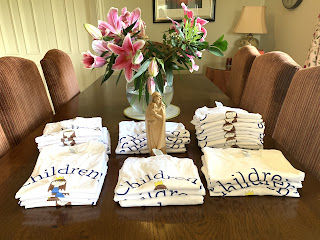 Seven children, two boys and five girls, were invited to bring up gifts for the Offertory procession. The Papal Nuncio of Ireland, Archbishop Jude Okolo, celebrated the Mass. 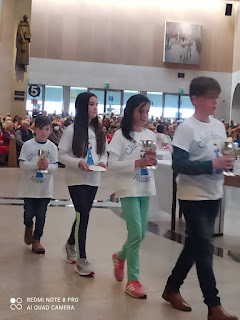 An estimated seven thousand people attended the rally.  The Children’s Rosary team distributed over eighteen hundred Children’s Rosary pens to the congregation after Mass. They were well received, with some people taking extra for children in their schools. 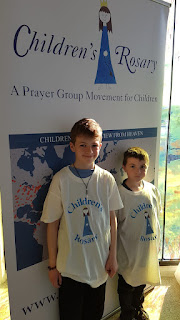 The Rosary rally commenced with a Rosary talk by Fr. Marius O’Reilly. He also mentioned the Children’s Rosary, how it started, how it’s growing, and it’s presence in Ireland during his talk.

Praise God! We continue to see great growth in the Children’s Rosary in Ireland!