Little Ones Becoming Leaders in Their Faith

Little Ones Becoming Leaders in Their Faith 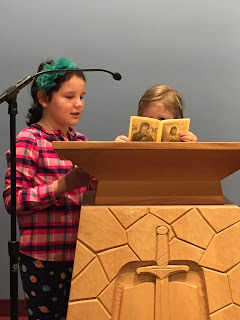 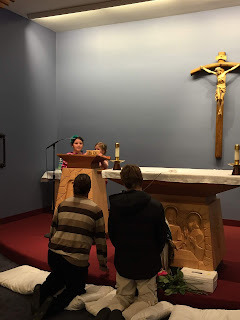 Immediately we asked her to help by holding open the Children’s Rosary book for Fatima so that she could look at the pictures of the mysteries as she led the prayers. It was a beautiful sight to behold. Little Peyton’s eyes were the only thing seen over the book. She was so tiny yet so eager to help Fatima. She would periodically look at Fatima who was now taking a leadership role and serving as a model for Peyton. I could remember when Fatima, only a little over a year ago, was new to the Children’s Rosary and was also learning from others. So quickly she had become a leader and was now guiding a younger one. Helping Peyton clearly made her happy and she was very excited to lead the adults in the pews in prayer. My older two children who were there kneeling around the altar have been guides for many children and now they too appreciated what was happening. Fatima whom they had helped was now helping a littler one and this gave us all great joy. One wonders how do we cultivate leaders in the Church. On October 13th Our Lady gave us a lesson. Start young, bring them together and put a Rosary in their hands. This past Sunday, November 10th, Peyton was back and she opened our Children’s Rosary by doing the Sign of the Cross. She also was so proud she had learned part of our Children’s Rosary theme song: Rosary Children. It hadn’t taken long and already we were seeing a new leader at the tender age of 3!
Source: Children’s Rosary