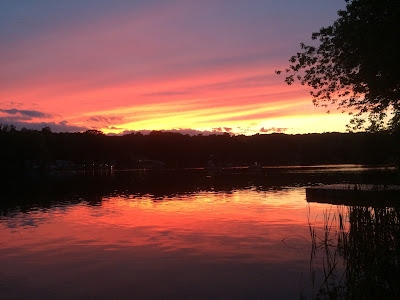 This past week the priest who heard my confession told me of an old women he used to visit.  Every other word she would say would be, “Thank you God”.  She used thank God for his visits, she would thank God when a dinner turned out well.  She saw everything as a gift.  The priest relayed that this women was very holy.  When the women died her family asked this priest what should be on her tomb stone.  He said, “Did you ever listen to your mom? She always said, Thank you God”.  This women made such an impression on this priest that he has twice told me of her in confession. 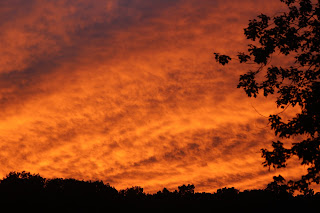 Remembering that this was not the first time he told me this story I began to reflect on whether I had made any changes in my prayer life.  Indeed the thread of thanksgiving had spread within my own silent prayer life but I realized my spoken word was still missing the frequent thanksgiving that the priest shared.  More than ever this week as so many have reached out with news of Children’s Rosary groups meeting and new groups forming “Thank you God” should never be far from my lips.

I humbly invite you to join me in trying to saying, “Thank you God” throughout the day.  May I share some pictures that were taken by the children this past week as we were visiting with family. The picture at the top of the page was taken by our 9 year old son who is a member  of the Children’s Rosary.  After seeing these sunsets which occured over two nights, I happened to open the Bible and this was one of the verses on the page:

“The Heaven declares the glory of God
The sky proclaims His handiwork.” (Psalm 19:2)

The second evening, there seemed to be ripples of color rolling through the sky as you see in the second picture.  This time our daughter who is also a member of the Children’s Rosary took a few pictures.  As the sun dipped down the oranges turned to blues and pinks (shown below).  Indeed the sky surely proclaims God’s handiwork. 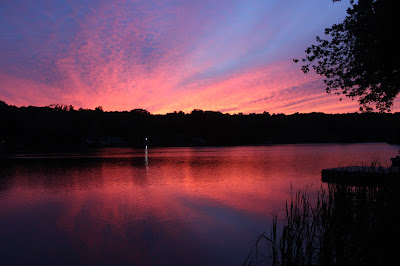