Hundreds Come Together for May Crowning in Pakistan

Hundreds Come Together for May Crowning in Pakistan 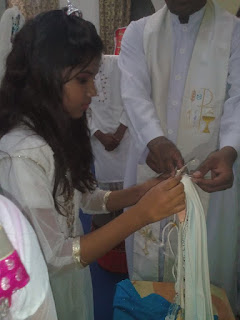 Yesterday fifteen Children’s Rosary groups came together for a Ceremony they had planned in honor of Our Blessed Mother. This began with a Crowning of Mary. 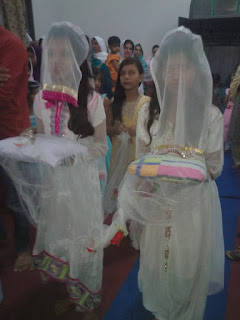 The children felt it was so special they helped create special clothes for such an honor.  They also decided to give Mary two crowns.  All of this was the idea of the children.  As the children processed down toward the statue of Our Blessed Mother they were blessed by their priest. 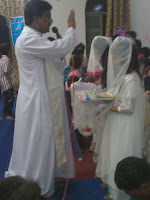 Reverently Our Lady was crowned. The group leader shared that many attending were so moved by the children that they began bringing up garlands of flowers to thank Our Blessed Mother.  A great many people attended the ceremony.  Due to the heat this past week, with temperatures reaching 49 degrees Celcius (140 F), the event was held in the evening.  The Ceremony began at 5PM local time and concluded at 8PM with the children passing through a Holy Door of Mercy.  We will be posting pictures from this part of the evening shortly!